A day in Lewiston 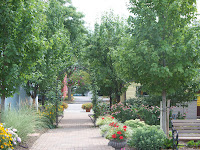 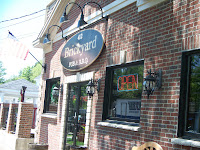 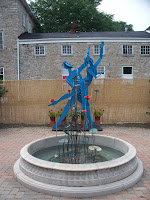 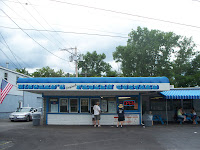 Yesterday my daughter and I spent the day in Lewsiton. I am putting together an article about the village for one of the publications I write for. We had a great time shopping and eating. Love the ribs at the Brickyard and the ice cream at Hibbard's!
Posted by Western New York Explorer's Guide at 8:36 PM No comments:

Labels: A day in Lewsiton

Comments to this blog can only be posted in English

Since my blog, Explore Western New York, is written in English, comments posted to this blog in any language other than English will be rejected, since I can only read in English. I will only allow comments that myself and other readers can understand. Thank you for your cooperation.
Posted by Western New York Explorer's Guide at 5:48 PM No comments:

Labels: Commetns to this blog can only be psoted in English

Some of my favorite ice cream places 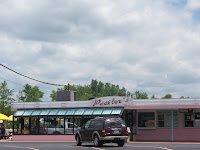 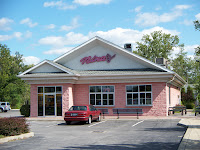 Tonight we went for a quick dinner and some ice cream at Pautler's Drive-in on Transit Rd. Opened in 1958, it's been around almost as long as me. Seriously, when I was a kid I lived close enough to walk or ride my bike there, so it's nice to take my kids there. Of course, the restaurant, as well as the menu has expanded since the '60's. Stop by on a Tuesday when they have their classic car cruise night. They are located at 6343 Transit Road, East Amherst.
Another place we frequent quite often is Frey's Tasty Treat in Lockport. They have a large selection of ice cream and ice cream treats. They have a park-like yard to sit and enjoy your ice cream in (there is no indoor dining). They even have a wooden train for the kids to play on. They are located at 6186 South Transit Road, Lockport.
Also in Lockport (on the north side of the city) is Reid's Ice Cream, which has been there forever. They have other foods besides ice cream, like burgers. They are right on Rt. 78, Lake Ave. near Clinton St.
Nina's Custard is also a nice place to go. They are open year-round and have burgers, chicken fingers, and other foods, in addition to their ice cream treats. You'll find Nina's at 2525 Millersport Hwy. just north of UB's North campus.
Of course Anderson's, which has multiple location in the Buffalo area, is noted for their beef on weck, and other sandwiches, as well as their custards. See their website http://www.andersonscustard.com/ for locations.
Just last week we visited Uncle G's Ice Cream for the first time. They are located at 7070 Washington Street in Pendleton, just north of the Amherst Museum. They have a large yard with picnic tables (no indoor seating). They have a nice selection of ice cream and other treats. See their website http://www.unclegsicecream.com/ for more info.
Posted by Western New York Explorer's Guide at 8:56 PM No comments: 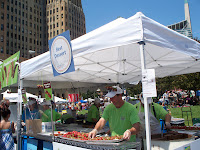 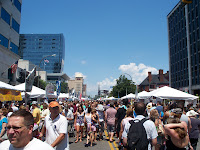 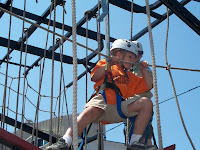 Well, I finally got the the Taste of Buffalo. While all the food I had was very good, it was such a mob scene, I'm not sure if I would rush back next year. I was pretty tired from it when I got home and fell asleep for 3 hours! Was it the heat, the food, or perhaps the Jack Daniels Lynchberg lemonade??
What drew us to the Taste of Buffalo this year was Adventure Base 100, a traveling exhibit commemorating the 100th anniversary of the Boy Scouts. Since my husband is involved with Scouting, as well as my youngest son, we wanted to see this exhibit, which is only going to 27 cities across the country. (My older two sons, while not involved with Scouting anymore, are Eagle Scouts).
We spent quite a bit of time at the exhibit and it was well done. My son even got to climb the ropes.
Posted by Western New York Explorer's Guide at 5:55 PM No comments:

Western New York Explorer's Guide: The only comprehensive travel guide to the region.